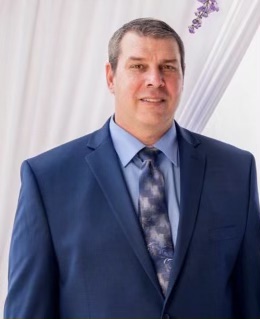 As a new school year rolls in, the Bainbridge Varsity Boys soccer team is getting a new coach, in addition to BHS getting a new social studies teacher. Dale Hermann has had 20, now going on 21, years of experience as a coach, getting his start in his early twenties at Marianna High School in Florida, before moving on to coach at Lake City, Thomasville, Ola and Franklin County High.

With his most recent coaching position in northeast Georgia at Franklin County High School, one of the factors that pushed Hermann to move down to Bainbridge was family.

“One of the underlying things was to move back closer to home… most of my family lives in north Florida and South Georgia.”

In addition to familial reasons, Hermann and BHS Athletic Director Scott Miller had a prior relationship, with Hermann being assistant coach and intern to Miller at Marianna. Nor was this the first time Miller had offered him the job.

“He called me right as I had taken the position at Franklin County High, and I didn’t really want to jump ship right then,” Hermann said.

“We’re very fortunate,” Miller said. “We have a bona fide soccer coach, social studies teacher, and just a high character individual, someone who can be a high role model for our student athletes.”

Hermann met with some of the parents and players last month to discuss the new season.

“Two Thursdays ago we had an introduction to the parents, and I met with some of the players, and we discussed what I want to do for the program,” he said.

One of the main things on his plans for the varsity boys is a renewed focus on winning region championships.

“We’ve had some success at the state level, but we need to focus at the local, with Thomas County as the big dog in the area,” he said. “We want to focus on winning region and establishing that first… Bainbridge has made it to the Sweet 16, we want to get region for two reasons. One is bragging rights, obviously… but the second reason is that the number one and two schools host region, so if we can get that one or two spot, it’ll make our lives much easier.”

He continued, “We want to be competitive… we want to make a continuous quality soccer program, one that’s better than our neighbors on 84, Cairo, Valdosta. At least I do, and I think the boys do to.”

Hermann expressed excitement at the upcoming team, and with working at BHS. “I’m very excited to become a Bearcat, to become a part of and help build a program that makes BHS succeed.”