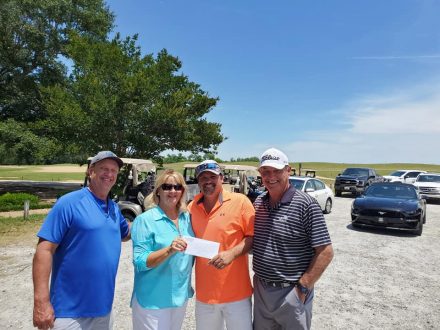 The tournament had two tee times with a lunch catered by Café Lele.

Winners of the tournament included Mike Blackstock, Jason Blackstock, Mike Wentzell and Ryan Layfield all of Albany, who took home a grand prize of $400.

Mike Irwin of Albany took home a prize Callaway Rogue Driver for closest to the pin, while Cole Pitts won an Odyssey Putter for the longest drive.

Franklin said the tournament was extremely successful and she is thankful to all the patrons and sponsors who helped make it possible.

Last year, the tournament helped raise enough money to pay off the van the Harvest House of Hope purchased two years ago. However, this year the money will go toward new flooring.

For more information on the Harvest House of Hope, visit www.harvesthouseofhope.com

Sketchbook Pin-up was a blast