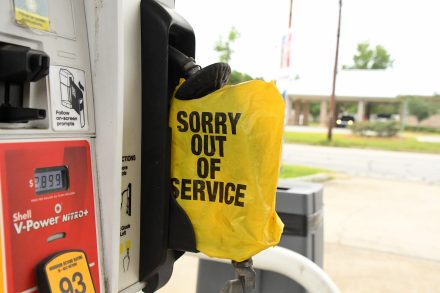 The pumps at the Shell Station on Shotwell Street are temporarily out of service following the Colonial Pipeline hack.

Glennie Bench, President and Chief Operating Officer of Southwest Georgia Oil, was contacted on Tuesday and asked about the gas supplies to this region. She relayed the information she is getting from Colonial Pipeline, which recently suffered a cyberattack on its pipeline. It supplies much of the eastern United States.

Bench said the information indicates Colonial Pipeline hopes to have operations substantially restored by the end of this week; but they anticipate it will take an additional week before a normal supply is achieved.

She added that some stores locally are out of fuel, and some of their other stores in other locations have also run out; but she said sometimes they could be out of unleaded, yet still have premium. She indicated that diesel has also been affected and supplies are short. Then added, “We are having to do the best we can to deliver supplies.”

The terminals in Bainbridge are a blessing in some ways, but they are at the mercy of the pipelines that feed them, not the refineries. The pipeline leaves Texas and travels East then North up toward Atlanta, before heading South toward Bainbridge.

The local terminals normally deliver 50 million gallons a month to gas stations. They do, however, keep a small reserve on hand for emergencies and are doing their best to keep customers supplied. She is advising people that if they have at least a half tank of gas in their autos and are just doing their normal driving, that they should be okay until the supplies increase.

She does not recommend panicking and going out and filling all the gas tanks available. That would only make matters worse.

Politicians speak at the Country Club as part of…