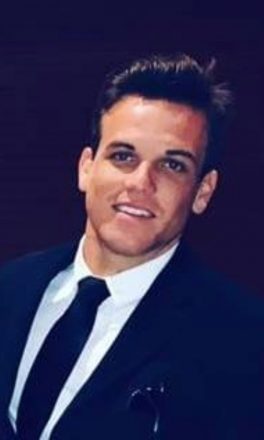 The City of Bainbridge recently hired a new horticulturist Kyle Manderscheid to help maintain the grounds and beautify the upcoming landscape in Chason Park.

Manderscheid comes to Bainbridge from Florida.

He began by working at the Hahira Nursery in their field.

“I started working out there and then they needed someone on the road doing construction, and I really enjoyed that,” Manderscheid said. “It was such a blessing, because I started out really rough; I didn’t have an eye for landscaping.”

Manderscheid was then introduced by his Hahira Nursery boss to a position at ABAC.

He then took a position at ABAC, where he helped design all the landscaping for the new buildings at the school.

“I was then brought on to the University of Georgia and worked in the pecan department,” he said. “I dealt with diseases and yields out there.”

After spending some time at UGA, Manderscheid went to work in Florida with his family in realty. But, soon realized his heart was elsewhere.

“Although I was doing well at it, I really had one of those spark moments where I realized even if I surpassed the goals I had set for myself I wouldn’t be happy,” he said.

Manderscheid then reached out to his old boss at ABAC, who told him he would be a perfect fit for Bainbridge’s horticulturist opening.

Manderscheid said he drove down to Bainbridge on a whim and met Roy Oliver, who showed him what all he would oversee.

“I realized then I really wanted to live here and this job would be a perfect fit,” he said.

Manderscheid said he has already been looking around at the current city landscaping and his goal is to make sure that City of Bainbridge looks as good as it can.

One of the current projects Manderscheid is working on is the tress at City Hall.

“I want to block off the tress and put a ring around them, so they aren’t getting weed eated, which can lead to disease,” he said.

When it comes to the Chason Park expansion, Manderscheid will be helping with the landscape design and the landscaping in Oak City Cemetery, when they expand their plots.

For now, Manderscheid said he is really happy to be here.

“I already feel right at home, and the few people I have met seem like they could already be good friends.”