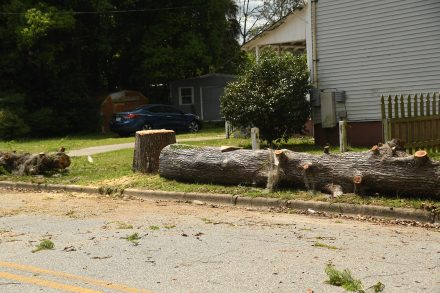 Last week, work began on removing a cypress tree on Monroe Street. The tree’s knees had begun growing into and crushing the storm drain boxes along Monroe and even into ones on the corner of Shotwell. To remedy the problem, the city began working on tearing out the old drain boxes, removing the knees and relocating boxes. According to city engineer Gabriel Menendez, this project is expected to last several days. “We’re gonna have to tear out 300 feet or so of storm pipe… we’re replacing it with HDPE pipe, which is high-density polyethylene.”

This project is relatively minor in comparison to the much larger DOT road resurfacing project scheduled within the next few weeks. “That project runs from the bypass at 27, all the way down to Broad Street, all the way up Broad Street, both ends of Shotwell, from 84 to 84, and then Tallahassee Highway down to Alice Street,” Menendez said. This project is expected to last 30 to 45 days. Most of the work will be done from 7:00 to 5:30 in the morning, to try and limit the affect on traffic.