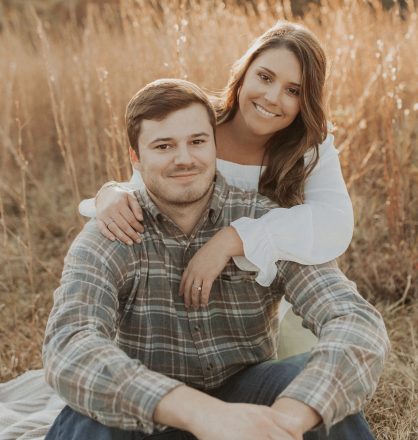 Greg and Kelly Harris, of Bainbridge, are announcing the engagement of their daughter, Karley Bryce Harris, to Harvey Tanner Harrell, son of Mark and Lauren Harrell of Bainbridge and Kathy King Middleton of Brinson.

The bride elect is the granddaughter of Delores Harris of Albany, Ga., the late Willie Harris, and of Larry and Brenda Martin of Bainbridge.

Miss Harris is a 2013 graduate of Bainbridge High School and earned a BS in Public Health from Georgia Southern University in 2018. She is employed at CARE 360 as the patient coordinator/office administrator.

-be is the grandson of Harvey and Hattie King of Brinson and of the late Jimmy and Janet Harrell.
Mr. Harrell is a 2011 graduate of Bainbridge High School and a 2015 graduate of Troy University, where he earned a BSBA in Accounting. He is a licensed property and casualty insurance agent with Reynolds Jeffords Insurance Co.

The wedding is planned for Saturday, May 1, in Tamarindo Costa Rica.