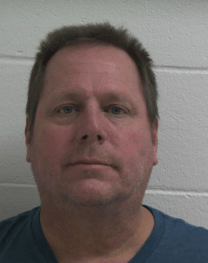 Insurance and Safety Fire Commissioner John F. King announced Thursday that Dan Cobb, 58, of Cairo, was arrested by the Decatur County Sheriff’s Office on January 9th following a death at an unlicensed racetrack he operated in Decatur County.

The incident occurred during a race on October 10th, 2020, at Climax Motorsports Park at 750 Cedar Grove Road in Climax, Georgia. Investigators with the State Fire Marshal’s Office were called to the scene the following day, where they discovered Mr. Cobb did not have a license to operate the racetrack, did not have an ambulance staging during the event where the crash occurred, and did not have the appropriate insurance coverage for events at the racetrack.

“This tragic accident has already cost the life of one individual, and the issues uncovered by our investigators undoubtedly put others at risk,” said Commissioner King. “I’m proud of the work between our office and local authorities to make this arrest and to send a clear signal that the safety of all Georgians is our top priority.”

DCBOE applies to be vaccination provider

Thursday, January 21, The Decatur County Board of Education held their monthly meeting, where Superintendent Tim Cochran informed the Board,... read more