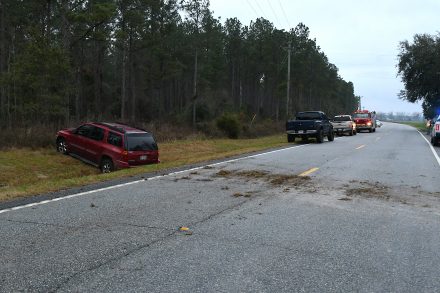 Christopher Williams crashed into a ditch after swerving into a cow pasture from what appeared to be a seizure while driving.

Car crashes due to medical emergency

On Monday, January 11, Christopher Williams was driving south on East River Road. At roughly 3:35 p.m., he appeared to have a seizure, causing him to swerve off the road and into the ditch. He then crashed through a fence and into a cow pasture. He swerved and made a U-turn in the pasture, crashing back through the fence, running back across East River Road and crashing into the ditch. Two alcohol and drug tests were run on Williams, before he was taken to Bainbridge Memorial Hospital. There were no fatalities. According to law enforcement at the scene, it was speculated Williams was driving under the influence; the results of his drug and alcohol tests have not been made public.

Wednesday, January 13, began the first day of administering the Moderna COVID-19 vaccination for the public under Phase 1A+ at... read more