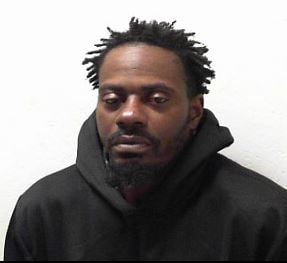 Tuesday, December 8, Bainbridge Public Safety officer Kyle Wilford was on patrol when he performed a traffic stop on Shotwell Street that led to the arrest of two individuals for felony possession of a controlled substance with intent to distribute.

Wilford said he originally pulled over the vehicle for having no tag. He then approached the vehicle to talk to the driver, when he smelled the distinct odor of marijuana.

The driver, identified as Nicholas Manvil Ford, told Wilford he and passenger, Skylett Denise Powers were from out of town and had just stopped to grab a bite to eat.

Wilford then questioned Ford and Powers about the odor and they both denied smoking. However, Ford then changed his story and told Wilford he may have smoked a few hours prior to driving down for dinner.

Wilford said he continued to question Ford, stating the smell would not still be this strong after smoking hours ago. Ford then opened his ash tray and handed Wilford an unsmoked blunt.

Wilford requested assistance and officers Lakatie Walton and John Walker arrived on scene to assist in searching the vehicle.

While searching the vehicle, officers found a black bag behind the driver’s seat containing 14 small plastic baggies of spice, synthetic marijuana and two large plastic bags containing over a quarter-pound of marijuana.

“The amount of marijuana was a quite a bit more than we usually find,” Wilford said.

Wilford was unable to determine if Ford and Powers had already distributed any of the spice, because the black bag did have a hole in it, where something had already been gotten out, but Wilford believes they may have used some of the spice to pack their unsmoked blunt.

In addition to this, officers found a loaded .22 revolver in the center console.

“I was a bit surprised,” Wilford said. “I didn’t know he had a gun and nothing about his demeanor made me think he was lying or carrying.”

After finding the large quantity of spice and marijuana, Wilford questioned who it belonged to and both parties denied ownership.

Powers told Wilford in her original statement, she had only met Ford once prior to grabbing dinner with him and didn’t know he had drugs, however she later recanted and said she did know the drugs were in the car, but they weren’t hers.