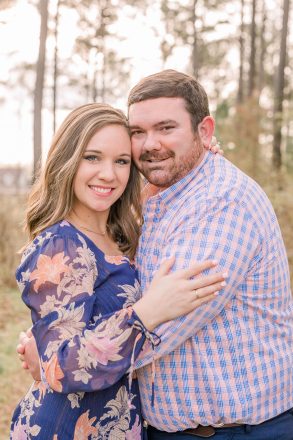 Coley and Lil Voyles of Bainbridge, Georgia proudly announce the upcoming marriage of their daughter, Jennifer Catherine Voyles, to Chandler Alan Ray. Chandler is the son of Alan and Debbie Ray of Georgetown, Georgia and Sally Ray of Arlington, Georgia. The bride-elect is the granddaughter of the late James “Lamar” and Betty Darley of Bainbridge, and the late Clyde and Ethelle Voyles of Thomasville, Georgia. Chandler is the grandson of Jarrell and Sylvia Ray of Newton, Georgia and the late William and Lillian Kennedy of Coolidge, Georgia.

Jennifer has obtained two degrees from the University of Georgia. She graduated with her Bachelor of Science in Early Childhood Education in 2015, and again in 2017 with her Master’s in Professional School Counseling. Jennifer has been employed with the Decatur County Board of Education since 2017; she is the School Counselor for the Bainbridge High School Class of 2021. Jennifer is so proud of her students and looks forward to seeing them graduate in May 2021. Jennifer was an Honor graduate of the Bainbridge High School Class of 2011.

The wedding will be held November 21st at 5:00 pm at Winsome Grove in Pavo, Georgia. Formal invitations have been sent. Jennifer and Chandler will be making their home in Bainbridge.