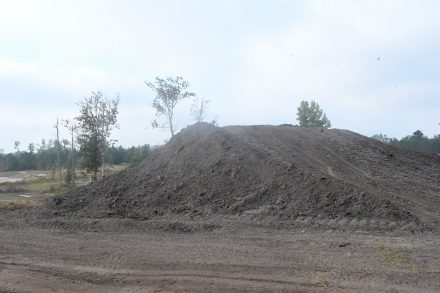 One of the jumps from the Trucks Gone Wild weekend caused a crash landing.

Over the weekend, Climax Motorsports Park held their annual Trucks Gone Wild weekend, with activities throughout Friday and Saturday for families to enjoy. While the event boasted a large crowd, tragedy struck when an accident with an entrapment occurred on Saturday, resulting in the death of Jason Hungerbuhler, 42, of Malabar, Florida.

Decatur County Sheriff Wiley Griffin said at approximately 2:30 p.m. on October 10, deputies were called to the park in reference to an accident with entrapments.

Deputy William McClanahan was the first to arrive on scene and saw that the driver of the Chevy Monster Truck, later identified at Hungerbuhler, had been removed and spectators had begun to administer CPR to him.

McClanahan contacted the coroner, who arrived on scene and pronounced Hungerbuhler as deceased, while Investigator Terry Phillips arrived to process the scene.

Along with the DCSO, the Georgia Office of Insurance and Safety Fire Commissioner is involved in the investigation to ensure all regulations were in compliance during the time of the accident.

Griffin said Hungerbuhler was a regular competitor in monster truck races and since his time as Sheriff there has never been a death that occurred at the Climax Motorsports Park.

Since the incident, the “mud community” has shown an outpouring of love and support for Hungerbuhler’s family with the park posting a picture in his memory.