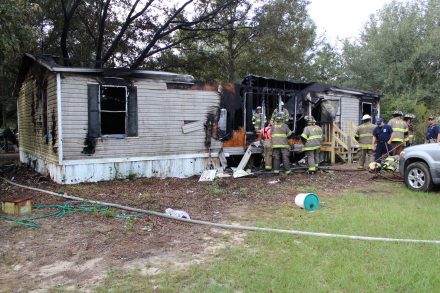 Fire crews from Decatur County and BPS rushed to the scene of the fire on Saturday.

The Office of Insurance and Safety Fire Commissioner John F. King announced today that Early Bernard Cosby, 72, passed away in an accidental fire around 9:00 a.m. on Sunday, October 4. The fire occurred at 175 Melissa Drive in Bainbridge.

“When neighbors reported a fire, the Decatur County Sheriff’s Office, Decatur County Emergency Medical Services, and Decatur County Fire and Rescue arrived at the scene,” said Commissioner King. “Firefighters extinguished the fire, found the body of Mr. Cosby in an entryway, and contacted our office for support.”

At this time, Commissioner King’s State Fire Investigations Unit and Decatur County officials believe the fire was accidental and ask for prayers for the loved ones of Mr. Cosby.

How counseling changed his life