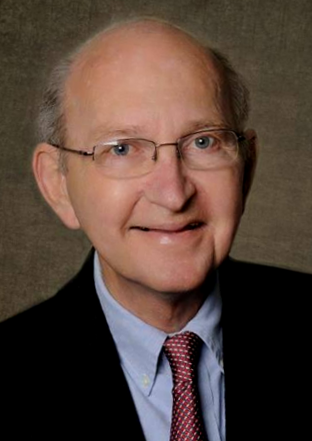 A Tribute to Roy Simpson

Bainbridge and Decatur County lost a good friend and community supporter this past week with the passing of Roy Simpson, Broker and owner of ERA Simpson Realty. A full obit is on page 8 of The Post Searchlight.

After interviewing several of the late Roy Simpson’s close friends, three things stand out that describe him best. All spoke of what a good friend he was to so very many people. He kept in nearly daily contact with his friends as they shared events in their lives. Another common thread was how honest he was. The word Integrity was used more than once to describe him. The third was about his positive outlook.

Ronnie Cox commented, “I have known Roy all my life. His word was bond.” He continued talking about what a substantial business person he always was – good in everything he tried. “He especially loved working in radio, announcing, and could talk a mile a minute,” he continued. He praised Roy for being a fighter and a survivor – having defeated Cancer three times in three places.

Don Kirksey described Roy as, “The goodest fellow ever.” He explained how he met him when Kirksey was in the auto business and Roy was with the radio. They became close friends and Kirksey related about a political campaign trip they took together for one week, going through Ohio campaigning for Jimmy Carter. He added that the area, which had always been staunchly Republican, did indeed go for Carter for President of the United States. “We must have done a good job,” he adds, with a laugh. Kirksey invoked the word Integrity to describe Roy, saying he always helped him a lot with real estate and other subjects he, Kirksey, knew nothing about.

What he thinks he will miss the most is the visits he would have with Roy each Friday while Kirksey’s wife was at the beauty parlor, and the good advice he always received from Roy. One of Roy’s famous sayings was ,”If you are going to worry don’t pray, and if you are going to pray, then don’t worry.”

Ronnie Turner and Roy were high school friends. He describes him best as, “A good fellow. He loved his friends and they loved him.” Turner said he helped Roy as a spotter when Roy was calling the football games. What he thinks he will miss the most is his friendship — being able to talk to him about things that he couldn’t discuss with others. “He was always there for me.”

Turner also commented on what a fighter Roy was. “His doctor told me Roy was his Hero – the way he fought and won his three battles with Cancer.”

Jim Conger, when contacted, immediately said, “I love me some Roy Simpson,” as he went on to describe their friendship. They first met in junior high school and were good buddies all through school. They drifted apart some when Jim went away to college; although Jim was in Roy’s wedding when he married Pamela. When he came back to Bainbridge in 1974 to practice law, they re-established contact and grew to be very close and best of friends. “I talked nearly every day with him.” He recalls what a political junky he was and a self-described historian. “He really liked language and its usage. He enjoyed calling me to challenge me and see if I knew the meaning of a new word he had found.” When he would call the law office he would always say, “I want to talk to the lawyer,” a habit the ladies of the office have been recalling and smiling about this week, said Jim.

“He loved Pamela and his sons and grandsons and would do anything for his family and his friends. I will really miss hearing that rich baritone voice,” He concluded by saying, “Through all the years I represented Roy as his attorney, I came to realize he was the most ethical man I ever knew.”

Associate Realtor Misti Kelley, with ERA Simpson, had a particularly hard time speaking on the subject, as she tearfully told how for the past 16 years of her life, “He has been there for me—the one who taught me everything. He was like my second Dad.” She remembers him coming in the office each day saying, “It’s another day in Paradise.” and making her smile even when she didn’t feel like it. She describes him as always being their (the other Realtors) cheerleader, never judging them, but helping them in every situation. “He was a great mentor.”

Roy Simpson loved Bainbridge and was always working to help the community prosper, including serving on an earlier Committee of 100 for Industry committee that went out and sought to attract new business and manufacturers.

His positive viewpoint and helpful attitude affected all those whose lives he touched..

The Bainbridge Bearcats took on the undefeated Ware County Gators Friday night in an epic showdown. The game all came... read more