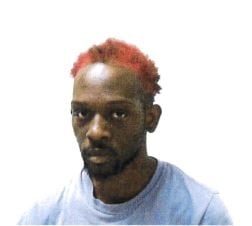 Early Saturday morning at approximately 3:20am, Bainbridge Public Safety officer Jonathan Taylor was dispatched to Captain D’s on Shotwell Street in reference to an alarm. When Taylor arrived on scene, he found that the drive-through window had been broken. A search of the exterior and interior of the building revealed various items that were broken and scattered about in disarray. A manager responded to the scene and stated that it didn’t appear that anything had been taken.

Approximately thirty minutes later, Captain Tim Mixon and Sergeant Jessica Matthews responded to KFC on Shotwell Street in reference to a broken drive-through window. A search of the interior revealed scattered papers on the office floor, some with footprints, but nothing appeared to have been taken. A manager responded to the scene and stated that the security camera footage would be viewed as soon as possible.

At 5:20am, Taylor was dispatched to Burger King on Shotwell Street regarding damage to property. Taylor spoke with a manager working at the restaurant who stated that a male subject had just thrown a brick through the drive-through window. Taylor observed a brick and shattered glass on the floor of the restaurant. The manager said she looked out of the broken window and saw a male subject who she identified as ex-employee, Jafari Von-Keith Belin.

Taylor and Matthews made contact with Belin and observed several small glass fragments on his shorts, a fresh cut on his leg, and shoes that matched prints found on the papers inside of KFC.

When interviewed by Investigator Mark Esquivel, Belin denied his involvement in vandalizing any of the restaurants. However, Esquivel said when they later reviewed footage from KFC, it was proven to be Belin.

Belin was taken to the Decatur County Jail, where he was booked and charged with criminal trespass.