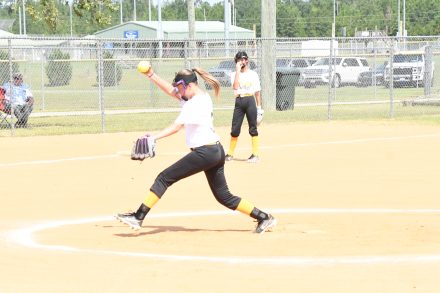 Coach Anna Barber said Chloe McCook started the game pitching, where she faced nine batters in the first inning. Westwood was able to get several hits off McCook, however she struck out two batters.

Although the first two innings started off slow for SCCA, Barber said the team finally put runners on base during the third inning.

Westwood’s pitcher walked player, Kallie Alderman and Loghan Thompson, loading the bases, when Whitley hit a ground ball to second base, ending the inning and game.

Barber said the team was run-ruled in the third inning, but the team is still learning and continuing to grow.

They will play again on September 10 against Whigham at 4 p.m. in Whigham.

Offensive coordinator and Quarterbacks coach Mike Harville had nothing but great things to say about the way Senior Quarterback, Quayde... read more