Wells named to Economic Development Board 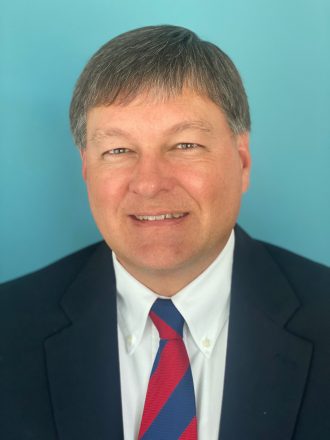 President of Premier Enterprises, Jay Wells, was named to Governor Brian Kemp’s Economic Development Board on Tuesday, August 4, where he will help expand and protect the industries of Georgia.

Wells said he has known Gov. Kemp for years and has never made any requests to serve for any political purpose, however he always promised Kemp that he would be willing to help or fill a position, if he saw a fit.

Wells was surprised when he finally received that call.

“I didn’t know much about it, but when they called they said Gov. Kemp thought it would be a good fit and he had confidence in me,” Wells said.

Since the initial offer, Wells has done research on his position and sees it as an advisory board that consults with the governor and local economic development boards and produces quarterly presentations on economic developments happening in the state of Georgia.

Bainbridge’s recent industry announcement of Paerosol Global Partners is a textbook example of what Wells believes the board strives for.

“It took numerous economic development teams from Bainbridge and the County and the state to get them here, but they worked together,” Wells said. “This board won’t bring industry on its own; it’ll be a team effort with others.”

Wells said the Economic Development Board will not serve as lobbyists, but they will help the Governor with the many ideas he has planned.

One of the more recent bills passed by the Governor is the Georgia Broadband Opportunity Act. The goal of this act is to lower high pole attachment fees and encourage telecoms to invest delivering service to rural counties.

While Wells was thrilled to see this passed, he said the goal of the Economic Development Board will be to expand all of Georgia.

“We want to be a voice for our region, but we also want to continue to invest in Savannah and Atlanta, “ he said.

While being a voice for all of Georgia, Wells also wants to continue to make sure the Board doesn’t overregulate any of the existing industries in Georgia, but protects them.

“We just want to make this state the best it can be for us and our kids,” Wells ended.