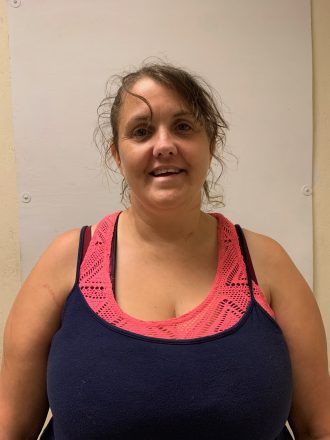 Reckless driving leads to the arrest of one woman

Bainbridge Public Safety officers were in route to a domestic violence call on Tuesday, when they came about an erratic driver, resulting in the arrest of Tanya McMillan.

According to reports, BPS officer Maria Bonilla was dispatched to the corner of Russ Street and Pine Street for a domestic, when she was advised a woman, later identified as McMillan and a man were in a vehicle with no tag on Evans Street.

Bonilla turned onto Evans Street and observed the vehicle stopped at a stop sign. As Bonilla went to approach the vehicle, the tires squealed and the driver turned right. Bonilla initiated her lights and siren, attempting to stop the vehicle, but the vehicle showed no signs of stopping.

The vehicle gained more speed and ran through the red light at the intersection of Shotwell Street and Scott Street. Due to heavy traffic, Bonilla stopped at the light and saw that the vehicle had lost control and spun into the opposite lane of traffic and into the grass. Before Bonilla could attempt to stop the vehicle again, the driver began to drive southbound, causing another vehicle to run off the roadway.

The vehicle once again gained speed as Bonilla followed. She was then advised by dispatch, the vehicle had crashed at the intersection of Lake Douglas Road and Alice Street.

Bonilla traveled to the scene of the crash, where she observed McMillan in the back of the patrol vehicle. However, the male occupant was nowhere to be found and despite searching, Bonilla could not locate him.

McMillan was placed under investigative custody and taken back to Bainbridge Public Safety. Once back at headquarters, McMillan agreed to speak to Bonilla.

She informed Bonilla that her ex-boyfriend, Edwin Hurley and she got into an argument after he reportedly tried to rape her. McMillan stated Hurley tried to rip her shirt off and while she was trying to get away, he snatched the keys and forced her into the vehicle. McMillan denied driving the vehicle, and stated she was wearing her seatbelt due to Hurley’s reckless driving.

EMS confirmed McMillan’s markings indicated she was wearing a seatbelt, however witnesses informed Bonilla that McMillan was driving.

Complainant, Morgan Cannon was walking her dog, when she observed a male talking on the phone asking someone to “just turn around” that is when Cannon heard tires squeal and saw McMillan drive into view to pick up the male. Cannon did say the male and McMillan then switched seats, but later park the vehicle and begin arguing again.

Another witness, Jordan Gilbert, was traveling southbound on Scott Street in front of the vehicle, when she slowed to let them pass, due to their high rate of speed. She then saw them at the green light, where the male, got out of the passenger seat and begin walking on College Street, while the vehicle sped off.

With confirmation from both witnesses, McMillan was arrested and booked for reckless driving, failure to maintain lane, failure to obey traffic device and failure to stop.