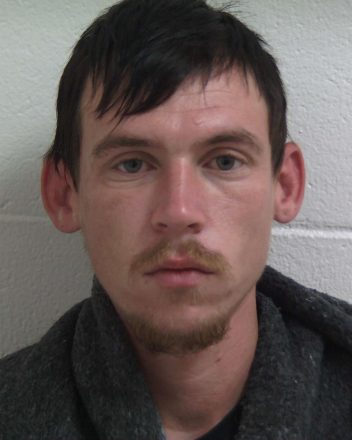 On Thursday, June 25, 2020, Decatur County Sheriff’s Office Investigator Adam Mobley received information that Thomas Charles Edmondson, also known as TC, was located at an address on Riverview Road. Edmonson had several warrants including a parole warrant. Mobley, Investigator Vincent Edmond and Investigator Justin Kelly then proceeded to that location. As investigators were pulling into the driveway, Edmondson took off running through the back yard, jumped a fence and ran into the woods. Investigators followed suit, but lost track of Edmondson in the woods.

On Tuesday, July 14, 2020, investigators were conducting surveillance on Butler Street at Edmondson’s parents’ house, when they received information that Edmondson had just walked up to that residence. Mobley and Kelly parked down the road and began walking toward the residence. As they approached, they heard a 4-wheeler start up and Edmondson began driving right towards investigators. As Edmondson got closer, both investigators stepped out of the wood-line and attempted to stop Edmondson. Edmondson then accelerated rapidly and swerved towards Kelly. Kelly jumped out of the way as Mobley grabbed Edmondson by his right arm and attempted to snatch him off the 4-wheeler. Edmondson held onto the handlebars and Mobley was unable to pull him off. Edmonson continued at full speed and investigators lost sight of him very quickly.

On Wednesday, July 15, 2020, investigators began tracking Edmondson’s 4-wheeler tire tracks and eventually tracked them to a campsite deep in the woods, approximately a mile away from Butler Street. Investigators found documents at the campsite identifying Edmondson. Investigators then tracked Edmondson into a thick section of woods, just west of Long Road. The Decatur County Sheriff’s Office surrounded the area and called in a GSP helicopter and two Seminole County Sheriff’s Office tracking dogs. After an extensive search, Edmondson was unable to be located.

On Thursday, July 16, 2020, investigators tracked Edmondson to a residence on Holt Road, in Climax, Georgia. Investigators began conducting surveillance on that residence and during the very early hours on Friday, July 17, 2020, investigators along with multiple deputies from the Decatur County Sheriff’s Office surrounded the house. As deputies approached the house, Edmondson fled out the side door and Mobley located Edmondson hiding under a tarp near the residence. Edmondson was arrested for criminal trespass, fleeing or attempting to elude a police officer, reckless driving and parole violation with more warrants to follow.

Mobley was proud of all the hard work put in to take down Edmondson and advises everyone to obey the law.

“For anyone out there who believes it’s a good idea to run from the law, just know that we are relentless in the pursuit of justice,” he said. “You may get lucky a few times but we make our own luck and we only have to get lucky once.”

Superintendent Tim Cochran announced that 952 students have signed up for the remote learning option as of Thursday during the... read more