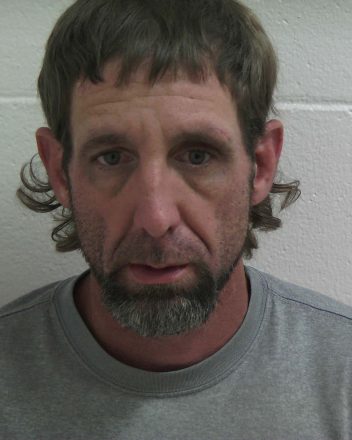 Sheriff’s Office arrests one for meth

According to reports, Sgt. Spence was patrolling the area of Hwy. 262 North near Broad Street when he observed a green convertible parked in the driveway of an abandoned house.

Spence passed by the vehicle, before turning around to make contact. As he was approaching, he observed the vehicle begin to drive away and leave the area. Due to the suspicious circumstances, Spence conducted a traffic stop on the vehicle.

As Spence exited the vehicle, the driver, later identified as Luloff, also exited.

Spence explained to Luloff he was being stopped for being on the abandoned property, when passenger, Brenda Brinson stated the property was her family’s and she wanted to come look at it.

Spence obtained Luloff’s information and ran him through 911. While speaking to Luloff, Spence noticed Luloff becoming increasingly nervous and clinching his fist together. Spence asked Luloff why he was so nervous. Luloff explained his licenses were suspended.

911 then responded to Spence’s information request, and showed Luloff had an active warrant out of Grady County Sheriff’s Office for disorderly conduct and his licenses were suspended.

Spence then went to arrest Luloff and search his person. As Spence felt the outside of Luloff’s left pocket, he felt something soft and opened it up to find a black pouch. Luloff admitted to Spence it was drugs.

Spence retrieved the black pouch and opened it up to find a glass pipe commonly used to ingest narcotics and a white crystal like substance, along with several white pills.

Spence then searched Luloff’s vehicle, but found no other narcotics.

Spence asked Luloff if he would like to talk about what was found and Luloff indicated he did. He told Spence the crystal-like substance was meth and the pills were Hydrocodone.

Luloff was then arrested and charged with two counts of illegal possession of controlled substance.

Salvation Army teams up with USDA to give away milk

Every Tuesday morning beginning at 9 a.m., the local Salvation Army is giving away free milk by the gallons to... read more