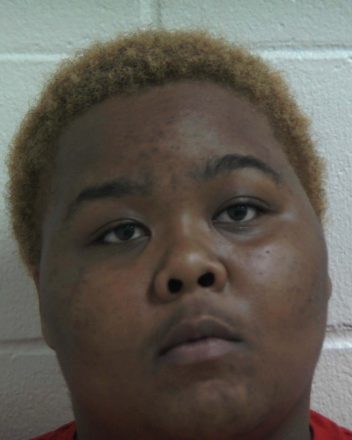 During the screening of individuals, Edmond came across Smart.

Smart informed Edmond she was not a part of the ongoing court hearings, but was there to put money on an inmate’s account. Edmond told Smart she would still have to be screened and go through the metal detector before she could proceed.

Smart agreed to go through the metal detector, where she was asked to place her purse in a plastic container.

Prior to walking through, Edmond asked Smart if she had any guns, knives or drugs in her purse. Edmond said he was surprised when Smart responded that she did.

Edmond then unzipped Smart’s purse and located a piece of clear plastic that was tied in a knot and containing suspected marijuana.

Edmond pointed out to Smart that there is a sign posted on the driveway that gives a warning about crossing guard lines with drugs, weapons and intoxicants.

Smart told Edmond she forgot it was in her purse.

Edmond seized the marijuana and had Smart take a seat in the lobby before walking her back to the jail, where she was turned over to staff for booking.