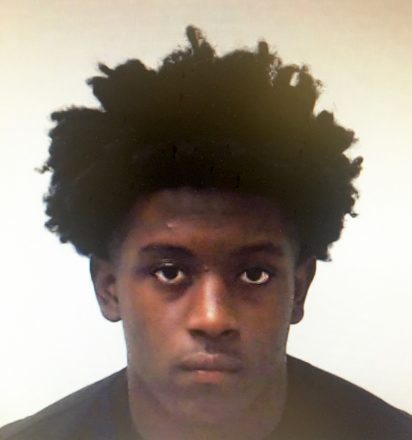 Bainbridge Public Safety officers were dispatched on Thursday, July 2, at approximately 4:32 p.m. in reference to shots fired at Sims Street Apartments. As officers approached the scene, they were notified that the male subject had fled on foot and was headed down Water Street.

Officers were provided with a description of the subject and within minutes of converging on the area, Captain Toby Miller spotted a male matching the description. The male, later identified as Gregory Bernard Murphy Jr., was commanded to stop. Murphy complied to Miller’s request and was arrested without incident.

BPS ran Murphy through E911, where he came back as wanted out of the Leon County Sheriff’s Office for homicide and home invasion with a weapon. Murphy was then transported back to the Decatur County Jail, where he awaited extradition to Leon County.

Following Murphy’s capture, a thorough search of the area where Murphy fled was completed. During the search, BPS officer Davina Thomas located a 12 Gauge Pistol Grip shotgun in a trash container. Officers have yet to determine whom Murphy was shooting at with the pistol.

Miller is thankful to the BPS Shift 4 team for the quick response to the dispatch call. Their response time contributed to the prompt capture of Murphy and the arrest of a dangerous felon, Miller said.

“I am extremely relieved that the firearm was located, eliminating the possibility that it could have fallen into the wrong hands,” Miller finished.

City Fireworks Show was a success

As some communities cancelled Fourth of July fireworks, the City of Bainbridge proceeded with a different version this year— a... read more