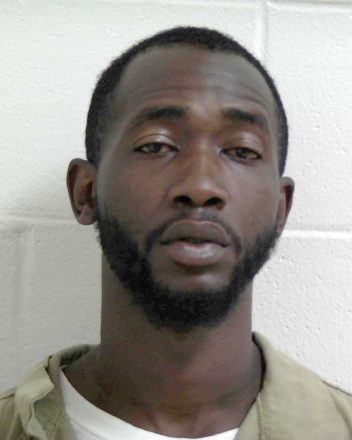 A tri-county operation ended on Wednesday when officers from Grady County, Decatur County and Leon County arrested Antonio Deyounks and Jonathan Ceasor of Tallahassee for a string of armed robberies.

For the past several weeks, Tallahassee has incurred several robberies ranging from car theft to convenience store robberies. However, there were no suspects in mind until Tuesday, when a similar theft happened at the Country Store in Bainbridge.

On Tuesday, a male, later identified as Ceasor entered the Country Store wearing a shirt to conceal his face.

Ceasor gathered a large amount of merchandise along with numerous cigarette packages and placed them on the counter. While ringing up Ceasor, the store clerk said he pulled out a gun and jumped over the counter.

BPS investigator Mark Esquivel arrived on scene and reviewed video footage, where he saw Ceasor wearing a white bracelet grab the money box and run back to his vehicle. Decatur County Investigator, Terry Phillips also arrived on scene to process and try to identify fingerprints.

During the investigation, Esquivel spoke with BPS investigator, Chris Jordan, who was also working a robbery that occurred at Bainbridge Express, where someone attempted to buy a large amount of cigarettes before stealing them and fleeing in a burgundy Acura.

While speaking to Jordan, Esquivel learned that suspect also wore a white bracelet on his wrist.

In the midst of the investigation, Esquivel was made aware by Cairo PD that there had been a robbery at their convenience store, where someone stole a large amount of cigarettes. However, this time the subject fled in a white Hyundai SUV that was also stolen out of Tallahassee.

Cairo PD sent Esquivel photographs from the robbery and Esquivel observed the that the suspect from the Cairo robbery and Jordan’s robbery were connected.

Following the connection, officers in Grady, Decatur and Leon County kept their eyes open for the white Hyundai and hoped for any tips that may lead them to Ceasor.

On Wednesday, April 29, Esquivel was contacted by Cairo PD, who informed him a Grady County officer was behind the Hyundai and was attempting to stop the vehicle.

The driver of the vehicle refused to stop and led the officer through Cairo on a chase into Florida, hitting another patrol vehicle at one point.

The chase finally came to an end in Havana, Florida, when Deyounks exited the vehicle and fled on foot before being apprehended by Grady County deputies and Cairo PD. While apprehending Deyounks, they found a pistol on his person.

Esquivel arrived on scene, where he took photographs of the scene,

At the scene, Ceasor admitted to Esquivel that he had been robbing stores and Dollar stores. While speaking to him, Esquivel noticed Ceasor’s white bracelet and took possession of it, before Deyounks and Ceasor were arrested.

Deyounks and Ceasor were later interviewed, where they admitted to additional crimes. Ceasor told Esquivel they stole both vehicles at a gas station in Tallahassee and used them during the robberies.

When asked what happened to the Acura, Ceasor explained to officers they left the vehicle at Oakfield Apartments with stolen property still inside.

Officers were able to retrieve the vehicle and confirmed its whereabouts.

Ceasor also confessed to stealing multiple cigarettes to trade for drugs, while Deyounks confessed to having a stolen pistol from Gadsden County, Florida.

Both men also have pending charges in Grady, Gadsden and Leon County.

Esquivel is thankful for all the help BPS received during their investigation and the effort that was put in by everyone to take down Ceasor and Deyounks in Wednesday’s incident.

Gov. Kemp undecided on when to end Georgia shelter-in-place