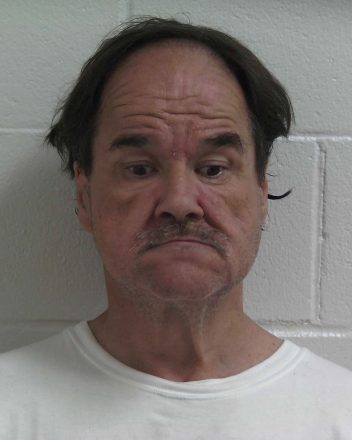 On March 18, 2020 at approximately 7:23 p.m., Decatur County Sheriff’s Office Deputy Jordan Phillips received a phone call in reference to a possible child molestation. The phone call led Phillips to discovering the molestation of two juveniles by John Goss at an address on Vada Road.

While en route to the address, Phillips called DCSO Investigator Adam Mobley and requested his assistance. Upon arrival, Phillips and Sergeant Charles King made contact with a family member who stated that the kids were acting strange. The family member asked the children that morning what was wrong and two of the children stated that Goss,55, had molested them.

Upon hearing this, Mobley requested that the family member and both of the children follow him to the Decatur County Oak House for a forensic interview.

The family arrived at the Oak House where Mobley met with Amy Eakin. Mobley informed her of the situation and Eakin conducted forensic interviews on both victims and also on another juvenile family member.

Following the forensic interviews, Mobley, Sgt. Charles King, and Phillips traveled to the Budget Inn and made contact with Goss. Mobley asked Goss if he would come to the Sheriff’s Office for an interview and Goss stated that he would. King then transported him to the Decatur County Sheriff’s Office, where he met with Mobley in the interview room.

Mobley read Goss his Miranda Warning and Goss agreed to speak with Mobley and King. This interview was audio and video recorded.

Subsequently, Goss confessed to molesting both juveniles. According to Mobley, Goss stated that “he had not had sex in 5 months and he was just a man but he knew what he did was wrong.” Mobley then asked Goss if he ever hit the children and Goss stated he did punch the 8-year-old in the back “a few times”, until the juvenile started crying.

Although it is difficult to find childcare during this pandemic with most daycares and all schools shut down, Mobley encourages every parent to take a close look at who they bring in their home and who they allow to spend time with their children.

“I urge every parent and guardian of Decatur County to safeguard their children,” Mobley said.  “A wolf in sheep’s clothing is more dangerous than a wolf in plain sight. It’s our job as parents to protect our children from these predators. I promise you; they are out there but we are also out there and only a phone call away!”