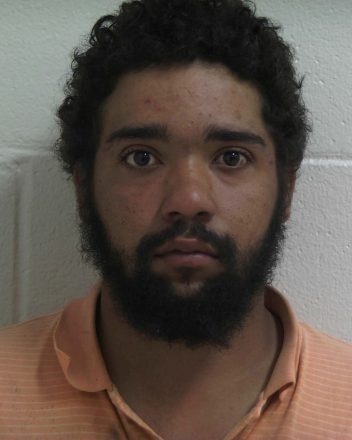 Decatur County Sheriff’s Office responded to a shed fire on Cyrene Road on Friday, which led to the arrest of Jesse Williams for arson and possession of spice.

According to DCSO Investigator Adam Mobley, Williams was working for Ralph Williams, a farmer out in Brinson when he was let go earlier in the day.

Not long after Williams walked away, Barber noticed the shed across from Ralph’s home had caught fire and called the volunteer fire unit, who requested backup.

While en route to the fire, Sgt. Austin Spence noticed Williams at the intersection of Swanwall Raod and Cyrene Road, approximately one mile from the fire scene.

Spence noticed Williams was covered in soot and began to question as to where he was coming from when Williams told him, “he didn’t set no shed on fire.”

Deputy Jordan Phillips then arrived on scene and identified Williams as Jesse and the subject of the fire.

Spence then arrested Williams and read him his Miranda rights before transporting him back to the scene of the fire.

At the scene, Spence again asked Williams if he would be willing to talk about the incident. Williams then disclosed he did set the fire.

Officers searched Williams’s person and found a lighter in his pocket. They also located a green, leafy substance suspected to be spice.

Mobley tested the substance and it came back positive for spice.

Mobley believes Williams thought spice would get him in less trouble than possession of marijuana, however that is not the case.

“A lot of people don’t realize a small amount of spice is a felony, where small amounts of marijuana can be considered a misdemeanor,” Mobley said.

Williams was charged with possession of a controlled substance and arson in the second degree and taken to the Decatur County Jail with a bond of $11,400.