Man arrested by DCSO for possession of coke, firearm 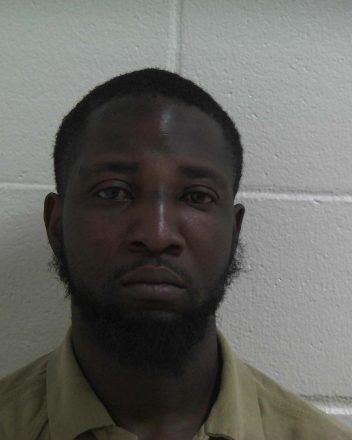 At approximately 9:35 p.m. on Saturday evening, Decatur County Sheriff’s Office responded to an intoxicated male with a gun on Dollar Drive. The male, later identified as Jemarion Holder was found to be in violation of weapon laws in addition to drug and narcotic violations.

Deputy Jordan Phillips, Deputy Marvin Knight, Deputy Garrett Hanks and Sgt. Charles King all arrived on scene, where Knight had just heard two gunshots in the area. Phillips then noticed a male walking near the intersection of Morgan Street and Dollar Drive.

Phillips exited his patrol vehicle and ran toward the male subject, who King was taking into custody. Officers then identified the subject as Holder and asked him to put his hands behind his back. Holder refused to comply, forcing Phillips and Knight to grab Holder’s arms and place them behind his back while King cuffed him.

Holder then refused to stand up; Phillips, Knight and King once again tried to force him to comply, but Holder began kicking and swinging his body and using his body weight to force himself back to the ground.

Knight then searched Holder’s person for any additional weapons or contraband. Knight located a white, powdery substance believed to be cocaine, but located no weapons.

That is when Phillips observed a black, semiautomatic handgun laying in the ditch, approximately 20 feet from Holder. Phillips also observed a spent shell casting and live round lying on the side of the road. Phillips then taped off the area for further investigation.

Phillips approached Morgan Street resident, Kirk Lukasko, who stated Holder was banging on his front door before he ran into the roadway and began firing shots into the wooded area across from Dollar Drive.

While Mobley was en route to the scene, officers attempted to put Holder in the patrol car, where he refused to comply.

Officers then placed leg shackes on Holder and affixed them to Holder’s handcuffs, before placing him in Knight’s vehicle and transporting him to the jail.

Once inside the jail, Holder still refused to comply and had to be carried inside and placed into a padded cell.

Due to his erratic behavior, Mobley said he is unsure if Holder was only under the influence of cocaine. He is awaiting a toxicology report to see if the drug was laced with something else.

May 19 Primary will offer ballots with PPP selections