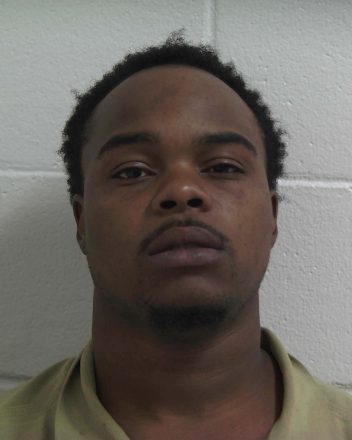 Georgia State Patrol conducted a traffic stop on Monday that led to the arrest of Teonna Brown for driving under the influence and Bryndon Dillard for possession of cocaine with intent to distribute, along with several other misdemeanor charges.

GSP Officer Andrew Davidson conducted a traffic stop on Brown’s vehicle at the intersection of Country Club Road and Fowlstown Road, when he located narcotics.

Mobley arrived on scene and noticed 14 blue, clear and green baggies that had suspected cocaine residue, along with two plastic baggies containing cocaine. In addition there was a larger plastic bag, where Mobley found approximately 100 smaller baggies that would eventually be used for distribution. He also found two small plastic bags of marijuana and a scale.

Davidson spoke with the suspects and Dillard admitted all of the drugs belonged to him and none belonged to Brown.

Mobley photographed the scene and took the evidence back to the Sheriff’s Office, where he used a field test kit to test the powdery substance. It tested positive for cocaine.

Mobley said while it was clear Dillard planned to mass distribute cocaine, he did not have enough marijuana to distribute or the correct packaging, and they do not believe that was ever his intention.