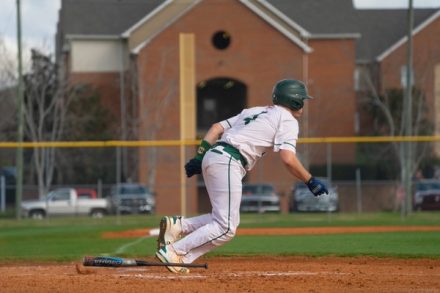 Dustin Doscher of ABAC lands a hit. ABAC rallied to beat TCC on Saturday at the Bainbridge baseball field.

The Eagles appeared to be on their way to an easy victory, scoring four runs in the second and five more in the third to grab an early 9-0 lead.

ABAC got on the board in the fourth, scoring four runs to get back into the game. The Stallions tied the game in the sixth with a five-run inning. They pushed what proved to be the winning run across in the bottom of the seventh.

Jacob Estes took the loss for Tallahassee, who is now 12-8 on the season.