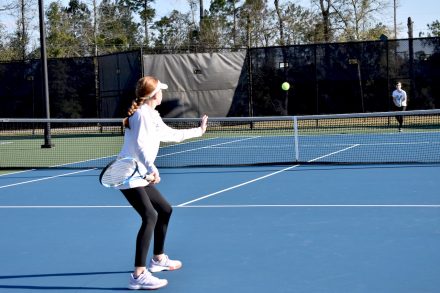 The Grace Christian Academy Middle School Cougars and Lady Cougars tennis teams took on Seminole County on Thursday for their first match of the season, where they came out victorious.

The Lady Cougars won four out of their five sets.

The Cougars won three out of their five sets. Upon watching the Lady Cougars get a win, number one singles player, Owen Earnest opened up the Cougars with a win. Number three singles player, Reese Atkinson took the second win of the day and finally number two doubles, Walker Elrod and Preston Barnett brought in the third win, giving the Cougars the advantage needed to win.

The Middle School team hopes this is only the beginning of what’s to come this season and were happy to see a win under their belt.