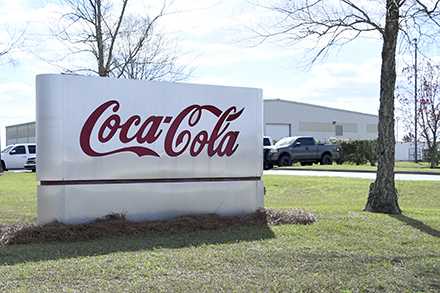 In the midst of the COVID-19 pandemic, Coca-Cola United has decided to postpone their Bainbridge location closure to ensure all customers are provided for during this unprecedented time.

Coca-Cola Bottling Company United, Inc., announced this week it will be consolidating its operations from its Bainbridge Sales Center into other facilities in the tristate area.

The facility is scheduled to be closed on April 24.

According to representatives from the company, all Bainbridge employees have been offered positions in nearby Coca-Cola facilities. Customers in Bainbridge will not be impacted and will continue to receive the highest levels of service from the Coca-Cola team, the company assured.

“Our commitment to the Bainbridge community and our customers here will not change,” said Allen Smoot, Division Director for Coca-Cola UNITED’s Deep South Division, which includes South Alabama, West Georgia and Northwest Florida. “We have had great support from the Bainbridge community. Our associates will continue to serve our customers and this community with the same high standards that they’ve come to expect from Coca-Cola.”

For the next two months, it will be business as usual for the Bainbridge Sales Center. Once the facility is closed on April 24, the 39 Bainbridge employees will continue working in sales, warehouse, field marketing, truck driving and office positions in one of three other Coca-Cola sales centers located in Sylvester, Georgia; Dothan, Alabama; or Tallahassee, Florida. Each of these facilities, with the exception of Sylvester, are larger and have the capacity to provide a more efficient and effective operation to serve customers and markets throughout Southwest Georgia and in neighboring communities throughout Southeast Alabama and the Florida Panhandle.

Coca-Cola UNITED acquired the Bainbridge facility in late 2017. Founded in 1902 in Birmingham, Alabama, it is the second largest privately held Coca-Cola bottler in North America and the third largest bottler of Coca-Cola products in the U.S.

The Bainbridge Coca-Cola sales center is roughly 20,500 square-feet. The building is expected to be put up for sale after April 24.

The Historic Preservation Commission will hold their monthly meeting on Tuesday, February 25, at 6 p.m. in the City Council... read more