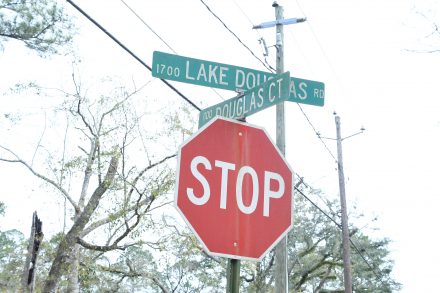 The Douglas Court area in Lake Douglas has had three cat shootings over the last months from a pellet rifle.

A high power pellet rifle recently shot a cat that lived in the Douglas Court area off of Lake Douglas Road. Unfortunately, this isn’t the first time a cat has been shot.

In November, Animal Control officer Jeff Turner responded to a cat that had been shot by a high power pellet rifle as well.

Yapper’s owner, Stephanie Ivey is pleading with others to report if anything like this happens to other animals or contact Esquivel if they know something.

“We are very upset losing our sweet Yapper, he was a great cat that we’ve had since he was about 3 weeks old,” Ivey said. “He will be missed greatly!”

Ivey said it’s not just the fact the cat was shot, but it was her daughter’s pet and having to explain to her that someone did this was unsettling. Ivey is unsure why someone would do this. She said Yapper is an indoor and outdoor cat, but has never bothered anyone and they have never had any complaints.

Ivey said they do not plan to get another cat or pet, because while they are worried for the animal’s safety, they are also worried that whoever is shooting the cats could miss and hit a child.

“We’re worried for our own safety,” she said. “I don’t think this is kids playing around; I think it’s purposeful.”

Esquivel said he is not sure who did this, but they are actively investigating and have not had any reports since Yapper.

If anyone has any information, contact Esquivel at 229-248-2038 or email him at marke@bainbridgecity.com.