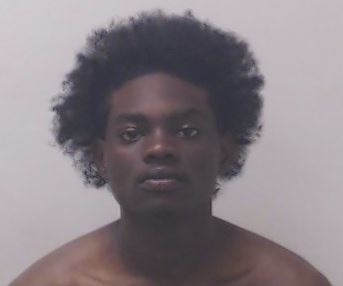 Bainbridge Public Safety Captain Terry Pait pulled over a vehicle on Tuesday, February 11 at approximately 3:30 p.m. that led to the arrest of Shoteick Rogers, who was on probation for armed robbery and aggravated assault.

Pait then approached the vehicle and put O’Neal and additional passenger Terrell Bailey, in investigative custody to discuss the individuals who ran from the vehicle.

BPS Sergeant Josh Glover, officer Jason Hayes and officer Michael Wiliford tracked one of the names given to Pait to a residence on Broughton Street, where they found Rogers hiding in a bedroom closet.

They then transported Rogers back to the original stop location for Pait to identify as the subject that fled the scene.

Pait then questioned Rogers as to why he fled the vehicle. Rogers admitted he was on probation out of Albany for the offenses of armed robbery and aggravated assault. Pait placed Rogers under arrest for obstruction of a law enforcement officer and transported him to BPS headquarters for booking.

O’Neal was given a citation for violation of a CP permit, as he was operating a vehicle with no one 21 years or older that had a valid Class C license inside.

The vehicle was turned over to O’Neal’s aunt and the case was closed with the arrest of Rogers.