Bainbridge churches team up for Judgment House, open to public 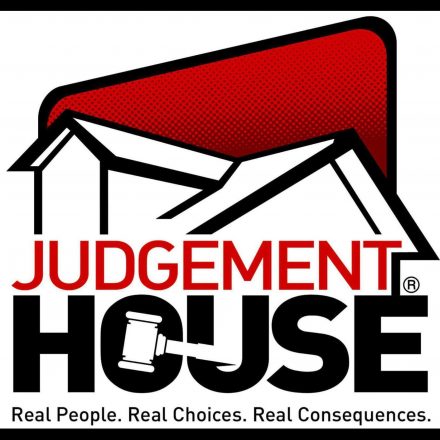 Judgement House began several years ago with a drama that presents the gospel and the truth of people’s choices versus the consequences of those decisions in both this life and the next.

However, this year the drama is new and focuses on a family who has already attended Judgement House. The drama takes a look at family members who decided to change their life following the conclusion of Judgement House and how it affects them following a family tragedy.

Morningside Baptist Church Pastor, Brother Jimmy Dean said he looked through several scripts, but felt like the Lord led him to this particular script this year.

“Every year you have different scripts to pick from, but we just felt like this year this one was the one the Lord wanted us to use,” Dean said.

Fellowship Baptist Church is excited to have a role in this year’s production. Dean said this year, Morningside Baptist Church was worried they wouldn’t be able to present it, due to the fact their previous location was under renovation, but Fellowship offered their facilities and asked to participate in the production.

“They seem really excited,” Dean said. “Judgement House is not only a great Evangelestic tool, but it brings about a revival in the church and a closeness among the members.”

While Fellowship has never presented Judgement House before, Dean said years ago they presented an Easter drama, so they know the work it takes and what it can do for a church and people who respond visually to the word of God.

“It’s a very powerful way of reminding people of the truth of eternity,” Dean said. “People who come will be challenged in their faith, but also encouraged in their faith and some will meet Christ, which is our ultimate goal.”

For people who are curious about what to expect, Dean didn’t want to give everything away, but said people will first register and then be put in a group of no more than 25 with a guide, who leads them room to room. Following the scenes, the group will then be given the opportunity to respond to the gospel through an invitation. Once the invitation is over, if people have questions or want to seek out more information there are counselors available to talk one on one.

Dean said this opportunity to present the gospel through an invitation and drama doesn’t’ just benefit Morningside and Fellowship, it benefits churches all around and leads more people to Christ and later following in baptism.

“It’s just a great example of Christians and churches working together to spread the gospel,” Dean said.

The production is free, but a love offering is accepted. People can make reservations to attend, and reservations are required for groups of 10 or more. Churches and groups can call 229-254-7110 to make a reservation.