The Decatur County – Gilbert H. Gragg Library is the headquarters for Southwest Georgia Regional Library System, which serves Decatur, Miller, and Seminole Counties. The library had a great year in 2019, and community members of all ages and interests enjoyed the library’s collections and services throughout the year. The library offered programs and activities for children, teens, and adults.

Chess Club continued to be held every Wednesday in 2019. The club has attendees of all ages, and many beginners have learned how to play by attending the club. The library had a fun-filled year for children in 2019 with the continuation of program favorites, and the introduction of new programs. The library received the PRIMETIME reading grant again, which facilitated a program on six consecutive Mondays from February to March. The PRIMETIME program provided participants with a free meal and books and included discussions on the children’s books that families read for the program. This was the third time that the library has hosted the PRIMTETIME program, and attendance has grown each year. The library has been awarded this grant again for 2020, and we are excited to continue to host this important program for our community.

Toddlers and their parents listened to children’s stories, sang songs, played games, and made crafts during Toddler Time on Tuesdays and Thursdays, and we saw a significant increase in attendance in the second half of 2019. We started our Reading Rangers program in the fall with Jason Parker, park naturalist at the Seminole State Park. He came to the library to read stories related to wildlife and to teach children about his role as a park naturalist. The library had a great turnout at its annual Santa program on December 7th, sponsored by First Port City Bank, Bainbridge Public Safety, and Decatur County Fire and Rescue. This program gave children the opportunity to meet and take a photo with Santa Claus and also snack on treats!

The library hosted several pre-k classes from local elementary schools, which involved reading stories, singing songs, and telling students and parents about how to use the library. We also went to local elementary schools to read stories to classes. The library participated in the Kids n Kops Fun Day in November, which brought the community together to establish better relationships.

S.T.E.A.M. (Science, Technology, Engineering, Arts, and Math) continued to be incorporated into children’s programming. The library continued Minecraft Club in 2019, which remains a popular program. The club is held on the first Thursday of the month at 4:00 pm. Legos & More continued in 2019 and maintained enthusiastic attendance. This event is held on the third Thursday of each month at 4 pm, and the children who attend always make wonderful creations with the Legos, K’nex, and the other building materials provided. The library hosted our “Read to a Dog” program twice in 2019, which gave children the opportunity to practice reading aloud while being comforted by Sailor, a miniature Schnauzer. Fortnite continued in 2019 and still brings new faces into the library. This program has given teens the opportunity to bond over their shared love for the game and shows them a side of the library that reflects their interests.

The library’s annual Summer Reading Program kicked off in May with the 2019 theme “A Universe of Stories.” Summer readers in Decatur County logged over 4,300 reading hours in 2019! In addition to the reading portion, the library held several special programs that were exciting and educational, including ventriloquist Marc Griffiths, Ron Anglin, Animal Tales, and a meeting with the Cat in the Hat.

Adults participated in a variety of activities at the library in 2019. The library held a cooking demonstration in the winter, which enlisted Tyler Thomas, owner of The American restaurant in Bainbridge. In this program, Thomas demonstrated the process of making a soup from scratch, and he provided soup for attendees to taste. In the spring, the library hosted “Locked and Loaded: Guns in American Culture,” led by ABAC at Bainbridge professors Branagan Webb and David Nelson, and Benjamin Dowd-Arrow of FSU. This program had a great turnout of adults as well as high school and college students. David Nelson also led the “History of Halloween” program in the fall, which provided an interesting account of the origins and development of America’s spookiest holiday.

David Rhode, chemistry professor at ABAC at Bainbridge, led the “All About Space” program during the summer of 2019. Dr. Venable of Muskogee Vocational Rehabilitation led our “Native American Myths: Gathering Corn” program in the summer of 2019, which gave participants a taste of a traditional myth. The library hosted our Puppy Party & Cat Café with the Bainbridge – Decatur County Humane Society in December, which gave attendees a chance to play with some of the puppies and kittens that are housed at the humane society. We had a great turnout and had attendees adopt some of the animals!

The library hosted two resume workshops in the fall, led by Charlene Brinson of the Georgia Department of Labor. The library held financial literacy programs throughout the year, led by Tyler Toles of Edward Jones investments and Lee Bryant of Envision Credit Union. The library hosted a screening of the PBS film Chasing the Moon, which chronicled the Space Race, as well as a screening of the PBS film Country Music: A Film by Ken Burns.

The library continued to offer free passes to Zoo Atlanta, free State Park Passes, a free State Park backpack, free passes to the Go Fish Education Center, free Chehaw Park passes, free passes to Center for Puppetry Arts, and free passes to the Michael C. Carlos Museum at Emory University. The Georgia Public Library Service launched eRead Kids in 2019. This resource gives library patrons access to 15,000 electronic and audio books for children from pre-k through fourth grade. The collection is a mix of fiction and non-fiction ebook and audio book titles that can be downloaded onto computers, tablets and smartphones. To access eRead Kids, you simply need your library card and an internet connection.

The Decatur County – Gilbert H. Gragg Library continued to provide excellent service to our community by providing books, programs, and creating unique experiences for our patrons. We look forward to progressing in our efforts to offer a great user experience, a variety of programs for all ages, and valuable resources to Decatur County in 2020. 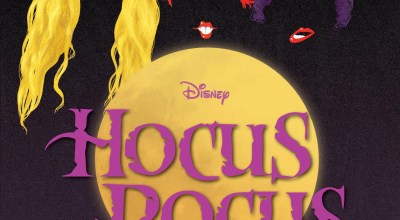 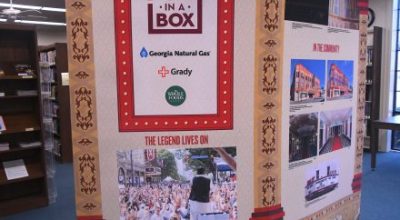 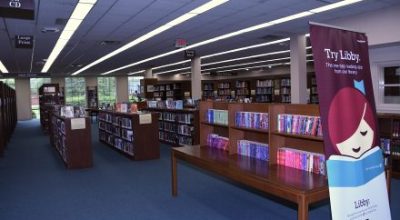