A decade of firsts

Bainbridge College presidential leaders took top place, as President Wilkerson retired, setting off the search for his successor. Richard Carvahal was hired and scheduled to begin the following January 10. During the year, the college also made news when the Blakely campus was added and plans for the construction of the Student Wellness Center were approved. 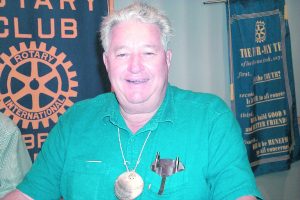 The entire area was saddened by the death of Jack Wingate, the man who established Wingate’s Lodge and who made Decatur and Seminole Counties a popular destination for bass fishing. He helped grow the sport of bass fishing across the nation working with early organizers of the Bass Anglers Sportsman Society to develop competitive tournaments. There also has been a highway along the Florida border designated as the Jack Wingate Highway.

The entire community grieved as tragedy struck deep in August when three young adults: Adam Goodman, Hilary Brock and Jordan Harris were killed in an automobile crash near Climax. One memorial service for all three was held at the Coliseum, with each having a separate funeral the following day.

City of Bainbridge and Decatur Country approve a new SDS agreement and take steps toward cooperation. There is new leadership in the County Commission and Alan Thomas is back as the County Administrator, replacing Col. Gary Breedlove.

An item of note was that number five from that year was the passing of former Post Searchlight Publisher, Sam Griffin, who died in April at age 79.

Hospital creates a plan to crawl out of debt and takes big strides to fix the problem.  As rural hospitals across the nation are struggling to stay open, Memorial Hospital and Manor reported a loss of more than $11 million over the course of 2014 -15 and were facing an ever growing debts in accounts payable. They took a first step in a plan to try to right the problem by terminating 18 employees in October. Other changes included a bond agreement among the entities of City of Bainbridge, Decatur County and the Hospital Authority, that enabled the hospital to lower its current interest rate, helping to pay off the existing debt and give the hospital $2 million in cash flow that can be used for capital improvements, In November the authority named Jim Lambert as new CEO to help implement the changes.

Without any doubt or question, the number one story of 2018 was Hurricane Michael that tore through Bainbridge and Decatur County on October 10, downing trees, power lines and damaging homes, crops, and everything in its wake. It created huge financial losses for businesses, farmers and homeowners. The recovery was ongoing in 2019.

The big story for 2019 has been and continues to be the location of a new industry, Taurus North American, locating its corporate headquarters at the Commodore Industrial Park. After roughly 20 months of construction, the company held a ribbon cutting on December 5, at 100 Taurus Way, where they manufacture guns for customers around the world. This has been a big boost to the economy of Bainbridge and Decatur County. The company expectations are the hiring of 300 employees, with potential for future growth.

A note of interest is that Hurricane Michael and Taurus, which were numbers one and two, respectively in 2018, traded positions in 2019 as Taurus opened for business and the recovery process from the hurricane continued throughout the year.

All in all, the number one stories of the past ten years reflect a community that faced many trials and troubles, but worked together to find solutions and through a deep sense of compassion and dedication have overcome many of the problems, resulting in positive growth and success.