LSU is just a dominant force of nature

Sheesh! I think it’s safe to say Georgia was not prepared to play against LSU last Saturday in the SEC Championship.

Hand up. I’ll stick my foot in my mouth.

I honestly thought Georgia would come out with an edge, ready to prove the naysayers wrong. Instead, the Dawgs walked right into the trap. They were carved like a turkey by Joe Burrow. The pass rushes weren’t working. Soft coverage on the receivers yielded explosive plays for the Tigers all night.

Georgia couldn’t get the run game going. Receivers were running wrong routes and dropping passes. Jake Fromm couldn’t get into a rhythm. The offensive line had no push and protection was shaky at best.

I could go on and on. The truth is, Georgia was lucky to be where they were at 11-1 and LSU is a team of destiny. They really are. The Tigers made the right hires in the offseason, coaches that use the personnel they have to their strengths. It has been the opposite for the Dawgs. At many points this season, it felt like Georgia was trying to cram a square peg in a round hole. It all came to a head on Saturday. I love my Dawgs, and I think they’ll get back on track, but this was hard to watch.

The Tigers are just on another level. If I had to put money on any team to win it all, it’s LSU.
Overall, I think the College Football Playoff committee got the Top 4 right. Order really doesn’t matter in this year’s playoff. The best teams will play each other, one way or another. If any of them are the odd team out, I think it’s Oklahoma. LSU should make quick work of them. The Clemson-Ohio State game should be a semifinal for the ages. Both have stellar offenses and stout defenses.

Ole Miss hit a grand slam with the Lane Kiffin hire. The Rebels floundered under head coach Matt Luke, who I really don’t think was ever intended to be the guy long term in Oxford. Kiffin has mellowed out after a stint at Alabama as offensive coordinator and the head coach job at Florida Atlantic. Within the next three seasons, Kiffin will have Ole Miss competing for SEC West titles. As for Matt Luke, I hear Georgia needs a new offensive line coach…

It’s a hard blow to Georgia after losing the SEC Championship to immediately lose one of the best recruiters the program has ever had. Sam Pittman fits the culture of Arkansas well and should win way more games than the previous coach in Fayetteville.

Good on Florida State for hiring a head coach with a proven track record! Mike Norvell has gone 38-15 with Memphis over the past four seasons, and his Tigers will play in the Cotton Bowl on Dec. 28. I would like to think it’s darn near impossible for Norvell to underachieve as much as Willie Taggart did. I could see Norvell having an immediate impact on this team and put them right back in the ACC Atlantic Division conversation as soon as next season. 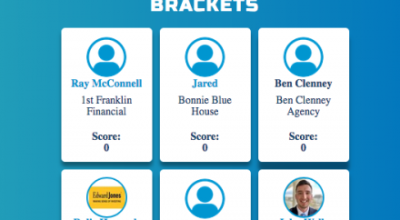 Wear purple Friday for Bearcats and Walk to End…