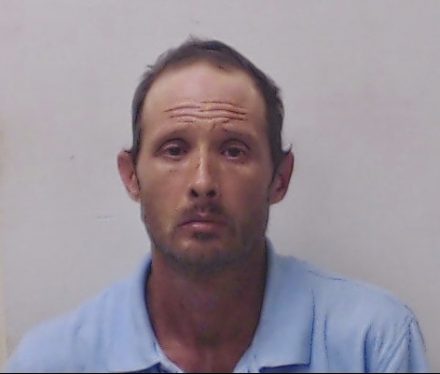 Shell began an ongoing open relationship with a woman from Tanzania five years ago, according to Nix. Shell then married the woman two years later in a traditional marriage ceremony while there.

Although the two claim to be married, Nix said there are currently no documents to prove the marriage was legal or that there was ever a marriage at all.

Following the marriage, Shell brought back the woman and her two children eight months ago to the United States. Shell paid for all three of them to obtain VISAs; however, it is unsure if he is the father to the two children. There are no birth certificates to identify who their father is, or birth certificate at all.

Upon bringing the three into the United States, Shell moved them around frequently to avoid any type of detection. They first lived in Birmingham, Alabama, before moving to Dothan, Alabama, Ft. Gaines, Georgia and finally Bainbridge.

Due to their frequent relocation, investigators and other officers were unaware there was a problem until early Wednesday morning, when Shell reported the woman missing. Nix said the woman had only been gone for two hours, which was highly unusual.

“Typically people don’t run to the police and report someone missing after only two hours, especially after an argument,” Nix said.

The couple had been in an argument prior to her leaving for two hours.

When Shell returned home, the woman and the children were back, however Shell never contacted Nix to advise him.

Angry with her for leaving, Shell began to sexually assault her in front of the children, as she was pleading and begging him to stop.

Neighbors knew of the constant abuse Shell put her through and believed it was one of their typical fights, when they heard screaming.

When Shell was done with her, he left for work and the woman and her two children fled to a neighbor’s house.

Nix was still unaware she had been found and patrolmen began canvasing the area to look for her, which was when she was discovered. Nix said she was absolutely terrified of law enforcement and untrusting, believing she and her children would be deported.

Shell would often taunt the woman and threaten to report her to be deported if she did not sexually please him or do what he asked, so she was under the impression this was the case.

Nix assured her that was not what they were there for, and they wanted to help her.

Seeing her fear, Nix knew from training that her behavior was suspect and something else was wrong. Officers took her and the children to The Oak House, where they could undergo interviews to corroborate stories.

“There during the preliminary interview, there were statements made that made us look at the human trafficking aspect,” Nix said.

Nix quickly learned through evidence, Shell was coercing her through threats of deportation to commit sexual acts for money or else she would be in jeopardy of leaving.

The woman told Nix she felt trapped and would have to put on a pretty face and be this woman who gives sexual servitude, although she had no desire to do that.

During her time of being forced to commit sexual acts, she was forced to travel to Atlanta, Washington and Albany for money.

During her trips, the woman confided in the men what was happening at home, but none of them would help her. The men said they were only interested in companionship and did not want to be involved in the situation.

“She was in no way a willing participant,” Nix said.

The woman tried to record many of the incidents Shell forced her into, but he would break her phone every time. Finally, the woman was able to gain access to a phone she left at her job in Blackjack that was password protected, so she would have evidence of the crimes being committed.

The videos on her phone helped with the arrest of Shell and allowed police to gain access to his phone as well.

Since gaining access to his phone, Nix has noticed Shell was talking to two other women from Tanzania. He is unsure if Shell was planning to bring them back as well and force them into sexual servitude, but it is pending an investigation.

Since Shell’s arrest, the woman and her children have been placed in a protection program and she has applied for a UVISA that will allow her to see his trial all the way through.

Nix will continue to follow the investigation and ensure everyone who took advantage of this woman is held accountable.