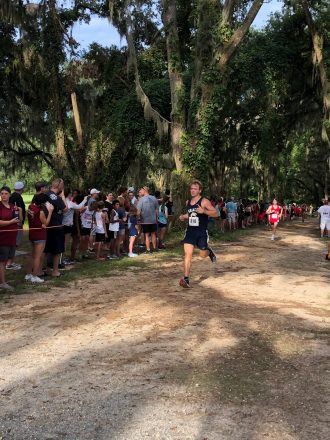 The varsity girls ran as individuals in the 5K competition, where Dani Parker completed her time in 30:27.47. Abigail Anderson completed the run in 34:13.20 and Lilah Widner finished in 39:06.92.

Coaches Elizabeth Simmons and Greg Carpenter were proud of the teams and said this is one of the hardest terrains the runners will endure this season.

“I thought for the first run it went pretty good,” Carpenter said. “The ones that ran did really well and it ought to be an exciting season again.”

Carpenter said some of their runners were out due to taking the SAT, but they have a full roster this year, allowing runners to compete individually as well as a team.

Following this race, Carpenter said they are going to really work on running relays and strengthening exercises, but he has a lot of faith in the team and can’t wait to see where they go.

What did we just watch on Saturday night?