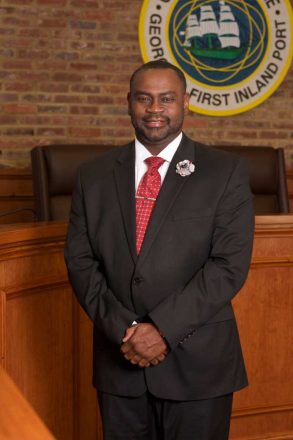 In a letter penned to the Mayor and other council members, McDowell said, “I, Derik McDowell is hereby tendering my resignation from the Bainbridge City Council, District 4 Seat 2. I am no longer a resident in the district that I represent. Therefore, I humbly submit my resignation effective immediately. I would like to thank the Mayor, Council, staff and the citizens of Bainbridge for allowing me to serve District 4. Kindest Regards, Derik McDowell.”

McDowell has relocated to Leesburg, Georgia, which the City understands and respects.

“The city regrets, but completely understands, the decision that Councilman McDowell has made,” Crystal Hines, community affairs director, said. “Life is always a balance between family, work and service and Derik has made the decision that in his mind is in the best interests of his family. It is impossible to not respect that decision and to not wish Derik, Caleb and Cory nothing but happiness and success as they begin a new journey in Leesburg.”

Councilwoman Glennie Bench said McDowell was originally hopeful he could continue to serve as a Councilman. However, the physical trip back and forth to Leesburg became an issue.

Bench will miss working with McDowell, but said she appreciates his forthcoming on the issue.

The City hopes to call for a special election in November for McDowell’s seat. They are currently working with Chief Elections official, Carol Heard to see if there is enough time in the qualification period.

Qualification for the regular Councilmember’s seat begins on August 15. Three Councilmembers are up for reelection: Roslyn Palmer, Don Whaley and Kregg Close. However, McDowell’s seat will not expire until 2021.

Heard is working to see if any other issues will need to be addressed before the seat can be placed on the ballot.

With McDowell no longer in attendance at the regular meetings, Bench said now the Council members will be even more mindful of the quorum and attendance, since a majority needs to be present.

“We take it very seriously to be punctual and in attendance,” she finished.

City business will continue as planned, and if allowed, McDowell’s seat will be placed on the ballot in November. Information about qualifying will become available at that time.