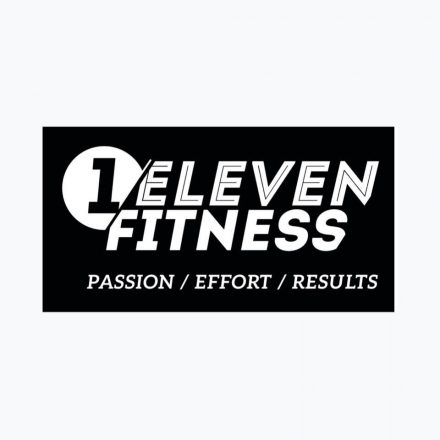 Philip Dollar’s new gym will hopefully open in September and is named after his birthday.

Former Fitness Life manager and fitness guru, Philip Dollar has big plans in the works. He recently purchased the former location of Skincare by Jennifer and plans to turn it into a boutique gym known as 1ElevenFitness.

Dollar has been actively participating in fitness and workouts for eleven years; he has taught classes and conducted personal training for countless gym members, however he has found that classes were the biggest hit among women, who may not know what workout best suits them.

“That’s where I come in,” Dollar said. “You just show up for class and I show you what to do; I teach you.”

Dollar doesn’t want anyone to feel intimidated when stepping into the gym. He has designed a circuit class that takes 28 minutes, so for people who don’t feel like they are at a place where they can commit to a full hour or their body can’t withstand that duration can still actively engage.

The class is called Circuit 28. It is four rounds of smaller workouts that last seven minutes each.

“It’s like Crossfit, but not as intense,” Dollar said. “It will be watered down so that everyone can do it.”

Dollar explained the class will start off with a warm up, he will then demonstrate what to do at every station and he will then break up the class into two groups of four. The class will max out at eight people, so it can be easily controlled and Dollar can devote one on one attention to each person.

“There will be a learning curve,” he said. “It will probably take a week’s worth of classes to get the hang of it, learn the rotation and just get comfortable.”

While the class concept remains the same, the circuit changes each day. However, the only machines that are available are the concept two rowers. Dollar uses the rowers for compact movements that focus on cardio, arms, back and core. For this reason, the first group of four will do the circuits while the second group will do the rowing machines before swapping.

Those interested can already begin signing up for classes. Dollar will be using an app called MindBody for signups along with billing. The app allows for parperless billing or a recurring monthly draft for three classes a week or unlimited. It additionally allows people to pick their class time, or pay as they go. They can also purchase a class pack that features a single, 5, 12 or 20 classes.

Dollar is offering an unlimited pre-sale for the month of August, where individuals can purchase it for $125, compared to $150.

Dollar is excited to start working downtown and has seen the boom occurring.

“Downtown is where I want to be, money is being put into the community and this is where people want to go,” he said.

Dollar’s target opening date is September 2. He is currently working to put in new drywall and paint and make the place look as inviting as possible.

“I want to help as many people as I can,” he finished.