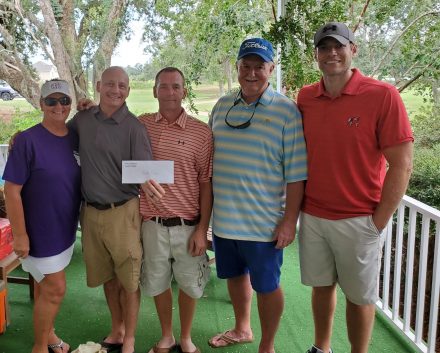 Harvest House of Hope, a faith-based residential recovery home for women, recently held their charity golf tournament on July 12, at Crooked Oaks Golf Course, where all of the proceeds went towards the purchase of a new van for the women to attend church and participate in community service work.

Located in northern Decatur County, the Harvest House of Hope is a non-profit, long-term home that provides a place for women to become productive members of their families and communities.However, without the support of the community, donations and volunteers it wouldn’t be possible.

The tournament format was a four person scramble, with 27 teams in participation.

Keith Middleton was awarded for having the longest drive of the tournament, and Sam Fletcher was awarded for hitting closest to the pin. Other participants were given goody bags and had the opportunity to win door prizes throughout the day.

Franklin is thankful to all of the sponsors who made the day possible.

“Without you, it wouldn’t have been the success it was,” she said.

In addition, Franklin thanks her patron sponsors, all of whom gave generous donations.

Going on a wilderness adventure with the son of…