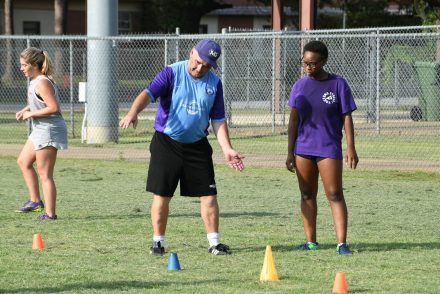 All middle and high school soccer players are invited to learn new soccer skills, become better players and have fun with each other.

Originally from Ireland, Gill has spent time coaching in the NAIA and NJCAA with different schools and spent one year coaching professionally with the Jacksonville Cyclones. Gill’s wom-en’s team won the 2009 GCAA Conference Championship and men’s team was runner-up 2010. His women’s teams have reached the GCAA semifinals six of seven seasons. His men’s team has made the semifinals five out of seven seasons.

Next man up for UGA wide receivers