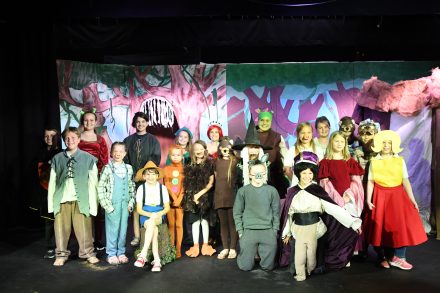 Bainbridge Little Theatre is back with their summer children’s class act program, and this time they will be performing Shrek the Musical, Jr.

The musical is being directed by Rachael Crager and features kids ages 8-12, bringing a lot of new faces to the stage.

Crager said they chose this program because it was challenging and it helps children learn to accept everyone.

Gray Slaughenloup, who plays Shrek and Payton Staples, who plays Fiona were a little unsure about the production at first, but are now ready to perform and wow everyone. They are most excited about performing their duet on opening night.

Some of the musical numbers Crager said everyone can look forward to are “Freak Flag,” and classic, “I’m a believer.” While, “I’m a believer” is the kid’s favorite song, Crager said they are all fun and upbeat and will have everyone singing along by the end of the show.

The kids have been practicing and participating in camp for the past four weeks, and every day is a little different. However, Crager has seen the kids light up when playing various different characters.

“That’s their favorite part,” she said. “Each one of them plays like four different people throughout the show, it’s a huge cast and we have worked with what we’ve got.”

Crager has continuously reminded them that no one is playing himself or herself and to just get out there and be whoever they are in that moment and not to worry about what other’s think. She said it’s been pretty easy for them to get into character, though and they have had fun creating these people.