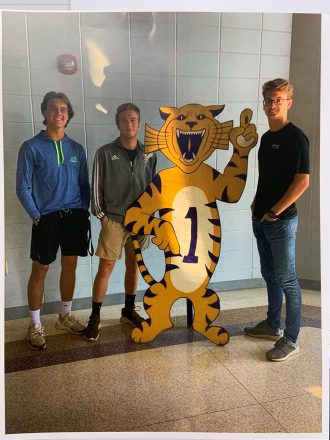 Along with some 400 plus boys from across the state of Georgia, three from Bainbridge High School attended the 2019 session of American Legion Boys State, which was held from May 26 through June 1 at Riverside Military Academy in Gainesville, Georgia.

The American Legion believes there is no better way to assure the survival of our republic than to train our young people in the ideals and objectives of American Government. By teaching youth to understand and appreciate the basic principles involved in the successful management of a democratic society, America can remain strong and ensure our freedom for future generations.

American Legion Boys State is a unique summer time educational program that does not emphasize classroom lectures and textbook learnings. Instead, it focuses on participation and personal experience in a model state, complete with governing bodies and elected public officials. It is designed to mirror the structure and operation of its respective state government.

Voters are urged to confirm addresses