New cell towers to be built in Climax, Fowlstown 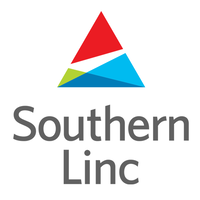 Two new cell towers will be erected in North Climax and Fowlstown for better coverage in both of these hard-to-reach regions.

The Decatur County Board of Commissioners approved two variances to the county’s telecommunications ordinance so the new SouthernLINC towers can operate effectively and increase voice and data coverage.

Decatur County’s telecommunications ordinance requires a monopole tower and a height of no more than 120 feet. The towers that SouthernLINC will build are guyed towers and will be 300 feet tall, plus a five-foot lightning rod.

Approval of the variances was recommended by Bainbridge-Decatur County Planning Coordinator Stephen O’Neil at the board’s meeting on Tuesday.

It could take up to four towers following the telecommunications ordinance to provide the same coverage that one SouthernLINC tower could provide, he said.

“We all generally have a cell phone, and 90 percent of 911 calls come from a cell phone now,” said O’Neil. “I would rather see one 300-foot tower to cover the area that needs to be covered as opposed to anywhere to two or three or four 120-foot towers that do the same thing. Love them or hate them, we all have cell phones and we all rely on them every day.”

SouthernLINC, whose parent company is Southern Company, will also provide extra space on the towers for other carriers that wish to attach their equipment in the future, as well as other areas on the site for additional equipment.

According to O’Neil, there will be no need to approve any more towers in the areas in the near future because they will be able to collocate on the proposed towers.

“That is, of course, if other carriers are interested in improving their coverage in the subject areas,” wrote O’Neil in a letter to the Board of Commissioners.

The towers at both sites will provide both voice and data coverage.