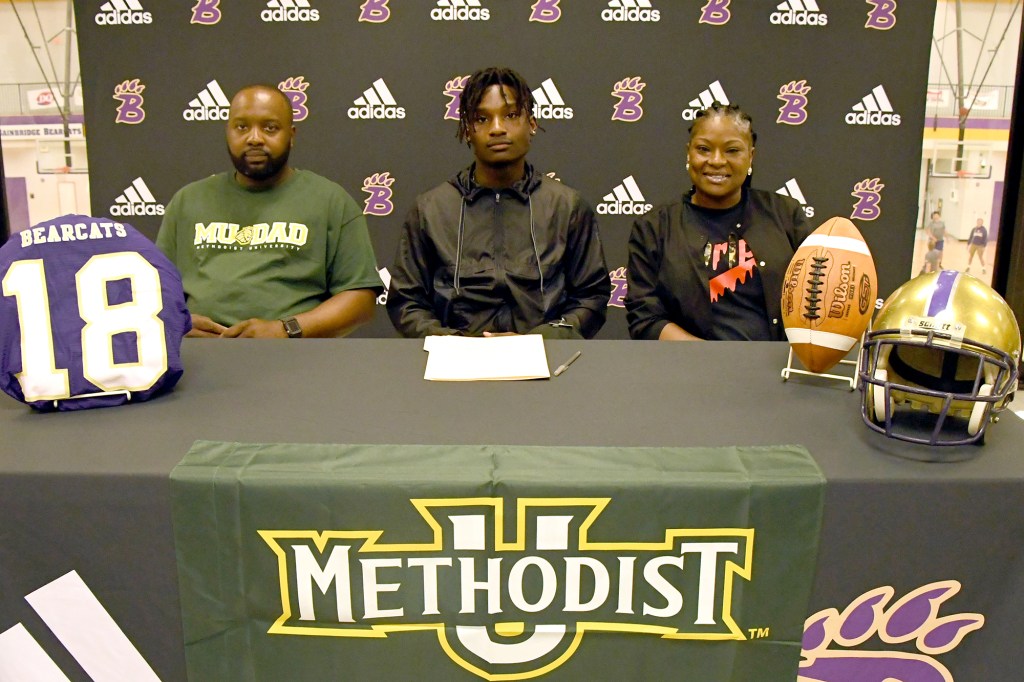 Bainbridge football player Adrian Cooper, Jr., will be bringing his talents to Methodist University as an outside wide receiver next season.

Cooper signed his letter of intent among family, friends and coaches Friday at Bainbridge High School. Cooper said he loved the campus and the academics at Methodist.

“I’m very excited,” said Cooper. “I feel like they have good interests in me. I am just excited to get up there and play.”

Cooper’s parents, Adrian Cooper, Sr., and Tanecia Williford, agreed that Methodist was the best fit for their son.
“It just felt like home,” said Cooper, Sr. “We made a visit. He enjoyed it and it was a good visit.”

Cooper had just shy of 1,000 receiving yards, 63 catches and 10 touchdowns as a three-year varsity player for Bainbridge. His best season was in 2018, with major contributions to the Bearcats State Class AAAAA Championship. He had 32 receptions for 453 yards and four touchdowns. As a junior, Cooper racked up 368 yards on 26 receptions and five touchdowns. He also played a little bit of defense, collecting three assists and three total tackles his senior year.