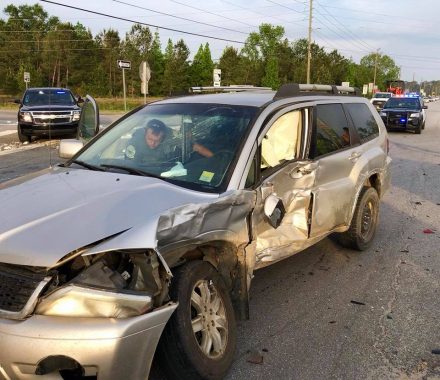 Bainbridge Public Safety officer John Walker said the driver of a Mitsubishi was coming off of Airport Road, when he stopped at the stop sign. However, after stopping he failed to yield to the oncoming traffic and t-boned a white Avalanche. The driver claimed he did not see the Avalanche. When these two cars collided, the driver of a Ford Focus was also impacted, as she was waiting to turn onto Airport Rd. She was hit head on.

Walker said all of the airbags were deployed on the vehicles and there were no signs to indicate the driver was not paying attention, because he did stop for the original stop sign.

EMS transported them to the hospital with injuries, but Walker does not know the extent of the injuries.