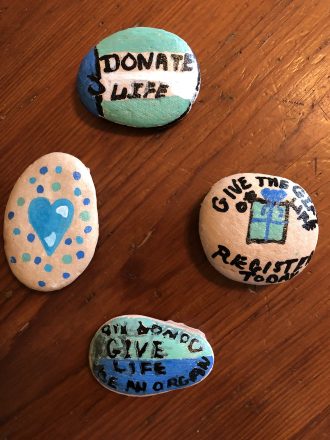 It’s no secret—organ donations save lives.

With rapidly increasing medical technology, the power to help our bodies heal and recover is more miraculous than ever. To educate people throughout Georgia, Alabama and Florida on how organ and tissue donation works, June Faircloth will speak at Bainbridge City Council and the Decatur County Board of Commissioners in the coming weeks, sharing stories about lives that were saved.

Faircloth lost her 18-year-old son, Dylan, in a car accident in 2010. From that tragedy, others were able to live. Because he was a registered organ donor, Dylan’s heart was sent to a man in Warner Robins, his lung sent to a man in Florida and his liver given to a mechanic in Georgia.

Now, Faircloth’s passion is fueled by her son’s small choice to be an organ donor that directly saved the lives of others. This month is Donate Life Month in the U.S., and Faircloth is busy. Earlier this week she spoke at a Donate Life event in Tallahassee.

More than 114,000 people in the U.S. are awaiting a lifesaving transplant this very moment. Every 10 minutes, another person is added to that list. For every person who registers as an organ donor, up to eight of those lives could be saved.

To help promote organ donation awareness in Bainbridge, small rocks have been hidden around downtown. Each rock is painted up for Donate Life Month and has information on what to do with the rock once found.

For more information on organ and tissue donation, visit lifelinkfoundation.org and donatelife.net. Faircloth is also available to talk at (229) 416-6134.

Firehouse Arts Center gearing up for a busy spring…