Smith to be inducted into Sports Hall of Fame 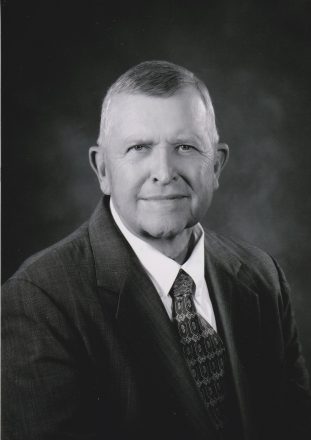 Russell Smith will be inducted into the Decatur County Sports Hall of Fame on Saturday, March 2nd. The banquet will be held at the Bainbridge Country Club at 6:00pm. Tickets are on sale for $20 each at Grimsley Pharmacy and Parker Paint.

Russell Smith was raised in Faceville, Georgia. He became “The Pride of Attapulgus,” for his record-setting basketball career at Attapulgus High School.  Smith played basketball for the late Charles Bess. The 6’ 5” center averaged 15 points per game his freshman year, 26 points his sophomore year, 29 points his junior year, and 31 points per game his senior year. He starred in the Albany Christmas Tournament his junior and senior year. As a senior he broke his own tournament record of 88 points set in 1963 by sacking 94 points in three games in the 1964 tourney. That year the Attapulgus Bulldogs defeated Moultrie, Albany, and Cairo to win the championship. During this tournament Smith went head to head with another outstanding southwest Georgia athlete, Bill Stanfil. As stated by Vic Smith, sportswriter for the Albany Herald, “In the Albany Christmas Invitational Tournament he out-duelled Cairo’s magnificent Bill Stanfil, who was all-everybody’s football tackle and who is a basketball player of almost equal talent- and who, incidentally, is about big as Smith. Stanfil whipped Smith for about one quarter, until the Attapulgus ace adjusted to the situation. Then Smith won the race like a great racehorse coming down the stretch.” Smith was named “Most Valuable Player” of the tournament.

The records Smith set in this tournament have held for over 50 years and still have not been broken today.

The 1964-65 “Class C” Attapulgus basketball team was ranked in the top twenty-five in the state.  This team posted a 20 game winning streak and ended the season 30-1 overall.

The only loss came in the finals of the state-playoffs where they lost to Yatesville.  In another 1965 article posted by the Albany Herald sportswriter, Vic Smith, Russell was deemed a “Marked Man.”  Vic Smith wrote, “Russell is also a rugged farm boy who never gets perturbed no matter how tough the going. He’ll match muscles and stamina with any and all the best of the rest, and never quibble, complain, or hint he’d like to have things easier. He takes it as it comes, and matches skills and strength with the best the opposition has to offer, and usually does better than hold his own, although he is a marked man in every game.”

Russell Smith was named to the “Best in Georgia” basketball team in 1965. This honor was voted on by 32 sportswriters across Georgia and included players from all state basketball classifications.

Smith jointed the United States Air Force in 1966. He served in Vietnam in 1968 and 1969. He went on to have an outstanding career in law enforcement. From 1971 through 1974 he served as Deputy Sheriff, Chief Deputy/Chief Investigator at the Decatur County Sheriff’s Office. Then, from 1975 till 2004 he was a Correction Officer, Sergeant, Lieutenant, Prison Investigator, Assistant Warden, and Warden with the Florida Department of Corrections. He retired from the department as Warden in 2005.

Since his retirement, he has served as a Decatur County, District 5, County Commissioner from 2008 through 2016. He, also, has hosted five annual deer hunts for disabled hunters.