Bainbridge tennis dukes it out against area opponents in weekend tournament 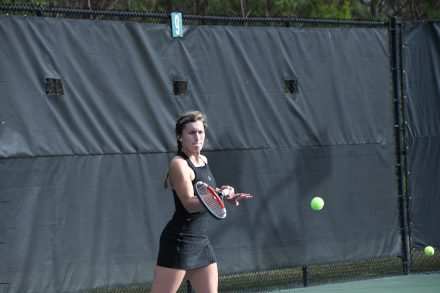 The Lady Cats won in the female division, while the Early County Bobcats took home first for the male division.

The Bearcats played Early County on Friday, where they fell 2-3. Number three singles, Austin Aldridge gained a win in a 6-1, 6-2 match and number two doubles,

The Lady Cats then returned to the courts, where they shut out Miller County as well, with Burke and Harrell each giving up only one point the entire set.

The Bearcats followed their lead and shut out Miller on their end.

Humphrey and Brad Mitchell didn’t give up a single point and won 8-0.

The competition was a success for all involved and gave the teams great experience for matches to come.