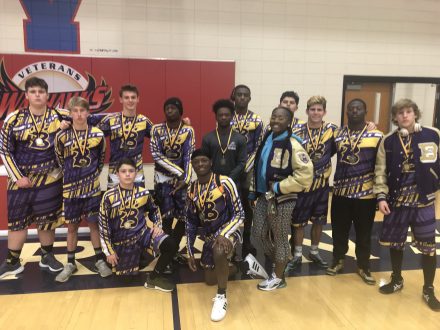 Eleven Bearcat wrestlers are advancing to the state sectionals next week.

At sectionals, the wrestlers will compete in a 16-man bracket, with the Top 8 advancing to the state finals.

“Randy Fillingame really set himself up well this year by winning the region championship in his 182-pound class,” said coach Chad Smith. “He will enter as a number 1 seed while he will wrestle a number 4 seed from a different region.”

Another wrestler that finished well in region was Chris Rainey in the 170-pound class. He beat a state qualifier in the first match and lost to a state contender in the championship match. Smith said Rainey has come a long way the past few years.

“This is his first year on varsity and he has performed well for us,” said Smith.

Also returning to sectionals are Carsen Love and Kendall Glover, both of whom got put out late last year in the sectionals tournament. Glover finished ninth as an alternate and looks to take another step this year and travel to state. Love has dropped a lot of weight to make the 132-pound class and hopes to make a splash.

“We have several freshman traveling to sectionals for the first time with Luke Emmons, Michael Jackson, Hunter Harris, and Lawson Singleton,” said Smith. “All have wrestled hard thus far and hope to gain experience this weekend. Our lone two sophomores, Hunter Griffin and Francisco Navarro, are wrestling for the first time as well.”

Smith added that this was his favorite time of the season. All wrestlers will compete individually from here on.

“The team can’t pick you up and the team can’t bring you down, you have to be on your game at all times to place.

GCA advances to round two of region